The first free online artificial intelligence (AI) course was launched in Brussels last September. This federal initiative reinforces the many initiatives integrated by the Brussels region, which identified artificial intelligence as one of three essential technology sectors for its digital transition. Brussels, the new AI hub in Europe? Learn more!

In 2016, Brussels and Antwerp were among the top 15 leading artificial intelligence talent hubs in Europe, according to a report from international venture capital company Atomico.

With more than 2,000 companies active in Information and Communications Technologies (ICT), including 700 start-ups and incubators, the Brussels-Capital Region is the talent pool for the Belgian technology sector and aims to become one of the main reference centres in Europe.

The Brussels Region played a pioneering role in artificial intelligence long before it became the norm, by hosting, from the early 1980s, some of the pioneering European AI laboratories:  The Artificial Intelligence Lab (VUB) and the IRIDIA (ULB). Other university initiatives in Brussels have recently been successfully launched: the Machine Learning Group (ULB, 2004) and the the AI Experience Centre (VUB, 2019).

As emphasised by the AI and Data Science Community of Belgium, Brussels has essential assets for artificial intelligence:

For Pascal Smet, Secretary of State responsible for Foreign Trade:

Our capital city is small at the global scale, but it proves that going off the beaten track can bear fruit. Brussels is increasingly becoming known as a technology capital in Europe and around the world. The strategy is serving Brussels and its residents well. Together with the players involved, we will continue to think, innovate, create and attract projects in the coming years.

Brussels start-ups which were able to familiarise themselves with AI

A true Brussels success story, Collibra is currently one of the most visible start-ups in data governance, data analysis and artificial intelligence.

Created in 2008 as a spin-off of VUB, Collibra has successively risen in the ranks, with a last fund raising round of more than €100 million at the start of 2020. This makes it the first Brussels tech start-up to achieve a market capitalisation greater than €2 billion, achieving European “unicorn” status (a start-up with a capitalisation greater than a billion euros or dollars).

Kantify: AI for sales and marketing

A member of the software cluster and supported by hub.brussels, Kantify is a technology company founded with the goal of helping companies gain or maintain a competitive advantage through artificial intelligence. It makes it possible to automate activities which could not be automated previously and to generate information with a speed and precision that exceeds human capabilities.

In 2019, Kantify and IRIDIA, the ULB laboratory dedicated to artificial intelligence, developed the first prediction model for atrial fibrillation, the second leading heart disease in the world.

In April 2020, the company and other entrepreneurs developed covid19stop.org, a website available on every platform which maps the real-time progression of the coronavirus in the population using data analysis. 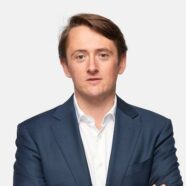 We could say, without really exaggerating, that data has become a question of life or death for companies. Over the past few years, nearly every company has become aware of the importance of data. 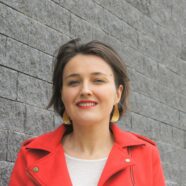 Artificial intelligence is a key technology. It is already important and will become more so in the future. That’s why a growing number of countries are investing enormously into this technology: China, France, the United States, and others. Competition at the international level is extremely strong, which is, of course, very good for a company like Kantify. 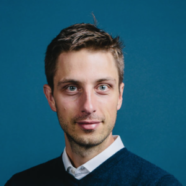 Today, any task, including automatic document processing, optimising an industrial process or detecting anomalies or fraud, can be automated thanks to artificial intelligence. This enables our clients to become more efficient and provide better quality and better service.

Artificial intelligence and the digital transition

Through various initiatives, Brussels is working on:

In order to reach these objectives, it’s necessary to build a solid, educated, and supported community in the Brussels-Capital Region.

In its regional policy declaration (RPD) for 2014-2019 (in FR), the government committed to making Brussels a digital capital and to making the digital transition a major component of its development programme.

Regarding artificial intelligence, the Government intends, among other things, to:

Discover our other digital events

Disummit, the event organised for and by the Belgian community working on artificial intelligence and data science, has been held every year since June 2015 at the Solbosch campus at the Free University of Brussels. Due to the crisis, the Disummit has been postponed to 2021.

This year, due to the crisis, the Disummit was postponed to 2021. However, a virtual version in the form of monthly webcasts between September 2020 and June 2021 has been launched and is available free of charge here: https://vdisummit.org/.

Disummit seeks to build a bridge between academia and business by informing the management at large companies about the possibilities of AI and academics about the current expectations of the sector.

“Belgium has the necessary skills to ride the wave of artificial intelligence”, believes organiser Phillipe Van Impe, founder and CEO of the non-profit DigitYser. “However, it can’t compete with large American research and development centres like Google or Amazon. The goal therefore is to compete on our terms, for ethical artificial intelligence, by bringing all of the artificial intelligence tools developed elsewhere into the European arena, which is probably the most complex in the world with its many languages, various levels of government, multiple regulations, etc.”

With a pragmatic approach which enables it to always reach a workable compromise, Belgium has the assets to become the entry point to the European market for Americans, Chinese and Indians.