Like all crises that have come before it, COVID-19 has led to a paradigm shift for both consumers and companies. It is pushing traditional companies to revise their business models and sustainable companies to take their approach a step further. Overview of meaningful initiatives to tackle the after-coronavirus with peace of mind.

A turning point was reached on 13 March 2019 at several levels, both with respect to consuming and the offer available. Solidarity has grown since the start of the crisis and led to new collaborations and brought new social players to the fore. People have brought out their sewing machines and their shopping bags and entrepreneurs are rethinking their business models and distribution chains.

Sustainability as a solution to the crisis

The road to increased ethics and sustainability isn’t the easiest one. Sustainable Brussels businesses are committed to showing the way, by proposing a series of solutions to put into place during and after the crisis.

These initiatives can be reproduced endlessly and are intended to relaunch the economy while revealing the importance of social bonds, short circuits and, especially, solidarity.

Yubon is a circular solidarity voucher valid for one year from the date of purchase. You choose the amount you want to spend at Yuman and add a contribution for the DoucheFlux non-profit.

“Yuman is backed by eighty suppliers, either via consignment or purchase/resale. They are small local businesses which have been hard hit by COVID-19” explains Quentin de Combrugghe, co-founder of Yuman. “We quickly decided to put a voucher system in place to help them.”

We felt that it was essential to add a social dimension to the initiative, in line with the values of our project and different from “traditional” aids. That’s how we came into contact with the doucheflux non-profit.

The Yubon has already been successful: to date, 25 litres of shower gel and nearly 15 litres of hydroalcoholic gel have been distributed to people living in precarious conditions.

Solidarity that will make you smile: The Barn, an indoor organic market located just across the street, has set aside some of its pallets of bulk fruit and vegetables to display the products of its sustainable neighbour during confinement. 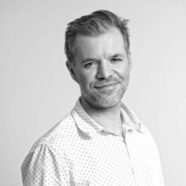 Given our positioning, we hope that our concept will be more resilient than others and that it will help accelerate the transition to a more sustainable and ethical economic model.

For more information about Yubons vouchers

The vouchers are valid for one year to take full advantage of the new collection.

WeCo Store is a budding cooperative which promotes more transparent, more environmentally-friendly and more human fashion. Originally launched as a pop-up store with a little help from hub.brussels’ retail incubator L’Auberge Espagnole, WeCo now has a shop which sells twenty European brands of clothing and accessories for men and women and household linens.

Its creators chose to use vouchers from the start of the lockdown in order to comply with social distancing rules. “The success of vouchers is heartening”, explains Adeline Fery, co-manager of WeCo Store. “The amounts collected have enabled us to pay our rent and the other charges for the shop.” The shop decided to keep the initiative post-confinement.

Does the success of vouchers portend a change in the consumer paradigm?

The WeCo project is fortunate to be backed by a very committed community which wants to see the project succeed over the long run. The success of the vouchers reflects the absolute need to change the way we consume, and the current crisis demonstrates the need to focus locally again. WeCo makes even more sense today than ever.

Solidarity that will make you smile: WeCo has come to arrangement with their landowner who has decreased tenant rents for the entire duration of the crisis. 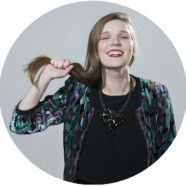 Now more than ever, we are seeing that consumers need to find meaning in the act of purchasing. The WeCo project makes more sense now than ever.”

Meal vouchers (with one beer) and for rounds (three beers) from several leading establishments from different neighbourhoods in Brussels.

Bières de Quartiers works to promote local businesses by producing ultra-local beers whose recipes vary depending on the specificities of each neighbourhood… and which are primarily sold in the neighbourhoods in which they were born.

The original idea for the project was to support neighbourhood life through its businesses. We couldn’t just sit around as the crisis intensified”, explains Greg Malcause, co-founder of Bières de Quartiers. “We had to find a way to quickly unite the neighbourhood’s players behind a meaningful, shared project.

This led to the Je soutiens mon horeca de quartier platform. “The hospitality establishments’ presence on the platform enables them to maintain a connection with their customers and show that they are still around, despite the lockdown.”
The platform also ensures that companies continue to receive some revenue despite the fact that their physical locations are closed.

The project has been a success: 50% of the vouchers recorded by the platform are donated. “All of the donations come with personalised messages. Donors call the retailers by their first names and share their optimism and hopes for the future with them. This support is very touching and reveals the extent and strength of neighbourhood life.”

Solidarity that will make you smile: Bières de Quartiers automatically donates €5 to a communal pool for every case delivered. The money is then distributed among all of the members. 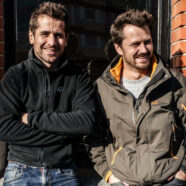 Despite the lockdown, the crisis has created new bonds, notably within the neighbourhoods. Belonging to a community increases the importance of local shops and enables the development of new neighbourhood identities.

A voucher including Bières de Quartier beers and one or more cinema seats.

Kinograph, the first pop-up cinema in Brussels, set up in the former Ixelles barracks as part of the See U temporary occupancy project. Organised around a cooperative model, Kinograph invites people to become involved in different ways in the life of their neighbourhood cinema: cinema-goer welcome, bar, ticketing and film selection.

According to Quentin Quirynen, the co-founder of Kinograph, the main objective was to stay in touch with customers and volunteers during the crisis:

Given that Kinograph is a cooperative project, we felt that it was inconceivable to bring down the curtain and say “Well, OK, see you later”. So, we immediately started up a discussion forum on our various community channels to find solutions together. As usual, it was up to the task and that’s how the ciné des confinés came about.”

A series of other solutions were also suggested to initiate the exit from the lockdown. “We’ve already scheduled a number of outdoor films, which will comply with the social distancing regulations in effect, and we’ve also registered Kinograph with the Je soutiens mon horeca de quartier platform. Its backers have been very proactive. They contacted us just ten days after the start of the crisis and enabled a quick transition from physical to virtual.

However, Kinograph doesn’t intend to stop after such a good start. The team answered a call for tenders from the European Commission to launch a European selection club in partnership with cinemas in Amsterdam and Marseille: “This is an opportunity to reach a more diverse audience, both in terms of age and background and to get young people to discover cinemas.”

Solidarity that will make you smile: Kinograph is in constant contact with other independent cinemas in Brussels. Cultural establishments share their best practices and jointly analyse the impact of federal and regional measures on their business sector. 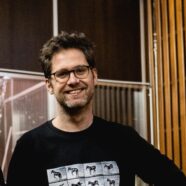 The lockdown has demonstrated the importance of social ties and initiatives like neighbourhood cinemas that make audiences into committed players.

For more information about Kinograph

More initiatives in Brussels to deal with COVID-19?

Follow the #resilientbxl hashtag on hub.brussels’ social networks and explore the many potential solutions proposed by residents, the public authorities and retailers to stay afloat!

More news on our blog

A showroom dedicated to Brussels’art of living in Dubai