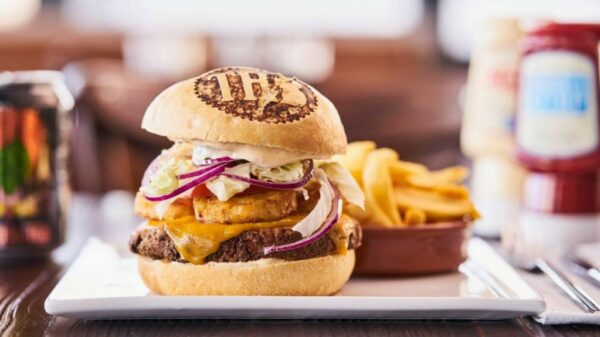 With its gourmet burger concept, Huggy’s Bar was already a great success in Liège. Founders Roberto Navarro and Thomas Mémurlin soon began to salivate at the idea of developing their brand outside its home city. And why not Brussels?

Far from its home environment of Liège, the capital presents a different reality. Here, meatballs are ‘ballekes’, not ‘boulets’ and bodding (bread pudding) prevails over laquemant waffles. Surrounded by new flavours, what would be the ideal spot to enjoy a burger? Near the bars of Marolles or on the pedestrianised rue de la Bourse? Thomas and Roberto came to hub.brussels seeking answers to these questions.

From Saint-Lambert to Saint-Gilles

The two friends spoke to our team about their plan to open not one but five restaurants. Mouths watering, our experts get to work! “This type of project brings jobs to our Region” says Adeline, economic advisor at hub.brussels. “It is also very exciting to develop a brand that already works well elsewhere in Belgium on a large scale”, she adds.

Huggy’s bar takes a bite out of Brussels

After a tasty collaboration with Actiris and Bruxelles Formation, Thomas et Roberto spiced up their team with thirty new employees. In October 2017, the first snacks were served in Avenue Louise and rue Jourdan in Saint-Gilles. In Brussels, we can look forward to three more restaurants in the near future… and given the appetite of the two founders, it may not be long before they take a bite of France.

“From the outset, we have been positively stunned by the support offered by hub.brussels, without which we would not have been able to open so quickly or so successfully”.
(Thomas Mémurlin, Founder and CEO of Huggy’s Bar)

This project was supported by the Economic Coordination Council