The trajectory of Hamlet, a Brussels-based audiovisual production house, is pretty much the complete opposite of a Shakespearian tragedy. Since its inception in 2015, Hamlet has been writing an exciting success story, including a spectural growth in Berlin in 2018, as well as its first videos and commercials in China. hub.brussels also played a role in the story, by offering tailor-made advice and valuable contacts based in China.

Ruben Goots and Jason Felstead, founders of Hamlet, set out to create a showcase for talent in the audiovisual sector, where directors, producers, actors and screenwriters get a chance to amaze the world with their incredible stories. The ambitious duo not only achieved their goal, but did it in less than ten years! Hamlet’s productions are now enjoying great success worldwide. An absolute highlight was the Nike 2018 World Cup commercial, which clocked up over 170 million views!

Today, Hamlet is regarded as a world-renowned production house. Thanks to its originality, the quality-oriented company has already received 30+ international awards.

A thrilling new chapter in China

Hamlet’s founders explored China during hub.brussels’ princely mission in November 2019, providing a solid basis for their adventure in the East Asian country.

Some positive results obtained by Hamlet during its economic mission to China, thanks to hub.brussels’ international department: 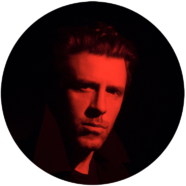 From a business perspective, China is a country surrounded with considerable uncertainty. That’s why hub.brussels' on-location support is extremely valuable for us. hub.brussels’ contact point in Shanghai help us to better understand this complex market.

The outcome, one year later

The opening of a branch office in China has further strengthened Hamlet’s international ambitions. Soon, the production house will establish a new base in Paris, where it can count on the necessary support offered by our local attaché.

Despite the past setbacks during the COVID-19 crisis, Hamlet has come a long way since Day One, forecasting a promising future. To be continued!

Do you plan to conquer foreign countries with your business project, just like Ruben and Jason? Then, contact hub.brussels’ international department!

Retaining and developing economic activity in Brussels with the ECC

Strengthen your innovation management to grow faster on a solid foundation with Enterprise Europe network.

Do you have an entrepreneurial spirit and want to embark on a promising industrial project? Participate in the greenlab.brussels rebootcamp from October 1 to 3, 2021!

lifetech.brussels, the cluster for healthcare companies

Support and expertise adapted to professionals in the healthcare sector, and more specifically medical devices and e-health solutions.

Our MedTech Accelerator® allows you to develop your project or start-up in less than four months, through collective and individual coaching sessions delivered by experts in the field and integration into the Belgian MedTech ecosystem.

Incubator for business ideas: express coaching to launch your business